ALEXANDRIA, VA—Darla Spence Coffey, MSW, PhD, president and CEO of the Council on Social Work Education (CSWE), has been presented the Political Advocate Leadership Award by the Congressional Research Institute for Social Work and Policy (CRISP). Coffey is recognized for her leadership in increasing social workers’ involvement in public policy through the CSWE Center for Diversity and Social & Economic Justice and the Coalition for Policy Education and Practice in Social Work.

“I am deeply honored and humbled to receive the Political Advocate Leadership Award,” said Coffey. “CRISP’s partnership has helped CSWE expand the audience we reach with our public policy efforts. Our work is far from done—I look forward to continuing our collaboration in tackling both the challenges of today and tomorrow.”

Coffey was presented the award March 8 at a reception following CRISP’s third annual Social Work Day on the Hill. The event honored the lifelong contributions of former Congressman Edolphus “Ed” Towns, who served 15 terms in the House of Representatives, chaired the Committee on Oversight and Government Reform, and created the Congressional Social Work Caucus in 2010. 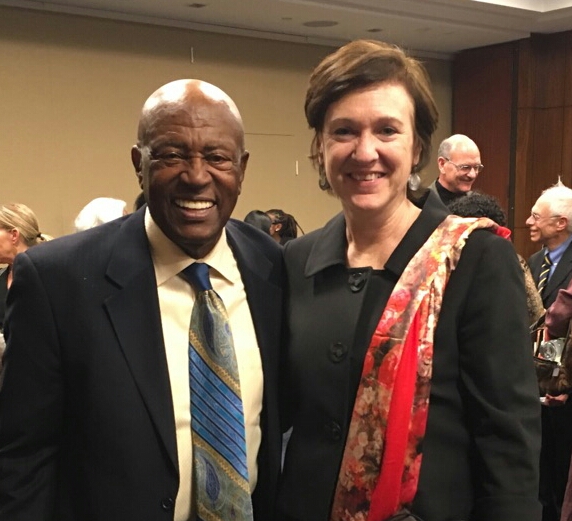 CRISP is an independent, nonpartisan organization that recognizes the importance of the Congressional Social Work Caucus. The organization aims to increase awareness of the benefits of social work in communities, schools, and workplaces to help vulnerable populations achieve self-sufficiency.