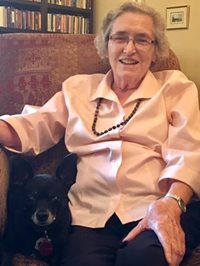 Dr. Elliott started her career in social work academia as a faculty member at the University of Wales.  She spent 1986–1987 as a visiting associate professor for the Graduate School of Social Work at the University of Texas at Arlington (UTA) and returned to UTA from 1988 to 1992 as an associate professor. From 1992 until her retirement in 2013 she held the position of professor. Besides her regular responsibilities as professor of social work, she always took additional duties. She served as acting associate dean and interim director (1992–1993), administrative intern in the Office of the Provost (1994–1995), and director and graduate advisor of the doctoral program (1993–1998). During this period (1995–1997) she led a curriculum planning team that established the joint doctoral program in comparative international social policy with the Universidad Autonoma de Nuevo León, Monterrey, Mexico. In 2004 she was awarded the title distinguished teaching professor.

"My favorite definition of education is that given by John Dewey: “education is that reconstruction or reorganization of experience which adds to the meaning of experience and which increases ability to re-direct the course of subsequent experience.” This definition sees education as an interactive process. I believe the challenge to us as educators is to make education a relevant transforming and empowering experience which recognizes the strengths of the individual student and the context in which they learn. I value the diverse experiences which our students bring to the classroom from varied cultures, career experiences and achievements in social work and in other careers, and in family responsibilities."
- Doreen Elliott (University of Texas at Arlington, n.d.)

The following are only a very few items from Dr. Elliott’s prolific publication portfolio.