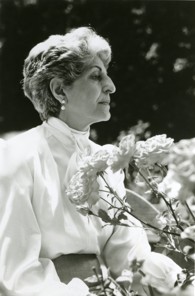 Sattareh Farman Farmaian, the founder of social work as a profession in Iran, was born in 1921 at the end of the Qajar dynasty. She came to the United States in 1944 and was the first Iranian student to attend the University of Southern California. There she earned a bachelor’s degree in sociology and a master’s degree in social work (MSW). Farman Farmaian realized early in her MSW program that it was her mission to establish social work as a profession in Iran.

After earning her MSW in 1948, she held several positions in the United States, including one at a settlement house for immigrants in Los Angeles, CA. Later she worked for the United Nations as a Middle East expert stationed in Bagdad, Iraq. In 1958 she established the Tehran School of Social Work, which in essence undertook the duties of the Ministry of Welfare. Farman Farmaian developed the profession to fit the cultural and religious context in Iran, even coining the Farsi term for social worker madadacar (“one who helps”).

Farman Farmaian became the founder and executive director of the Family Planning Association of Iran. She introduced family planning to Iran, which improved maternal and child health and influenced the national birth rate. She established the legal age of marriage in Iran and regularly affected legislation, including family population law and regulations. She also served as the director of the Community Welfare Centers of Iran. Farman Farmaian was an influential contributor in the Faculty Social Sciences and Research at Tehran University. She and her students worked on various research projects, including a project focusing on prostitution in Tehran.

Farman Farmaian brought personal experience and professional expertise to her significant role as a pioneer in the global social work movement. She served as a board member for the International Association of Schools of Social Work. She sent her students abroad for internships and exchanges to many countries around the world. Students also came from other Middle Eastern countries to study at the Tehran School of Social Work. She hosted many social work educators and researchers at the University of Tehran, building global relationships and experiences.

In 1979, after 20 years of directing the Tehran School of Social Work, Farman Farmaian was forced to leave Iran at the beginning of Ayatollah Khomeini’s Revolution after being tried for counterrevolutionary charges. Despite being released because the claims against her were unfounded, Farman Farmaian’s life was still in grave danger. She fled to the United States as a refugee and began working again as a social worker in Los Angeles.

In 1992 Farman Farmaian published her biography, Daughter of Persia: A Woman’s Journey from Her Father’s Harem Through the Islamic Revolution, which was nominated for a Pulitzer Prize.

Farman Farmaian passed away on May 21, 2012, at her home in Los Angeles. She was a contemporary and colleague of Katherine A. Kendall. During 20 years of leading the Tehran School of Social Work, she and her students had a positive impact in Iran. As a pioneer, she left a rich legacy and important lessons for global social work practice.

The following resources are provided for educators and students to use in courses and for further reading.

Farman Farmaian, S. (1976). Women and decision making with special reference to Iran and other developing countries. Labor and Society, 1(2), 25–32.

For the full review, references, and additional publications, click here.