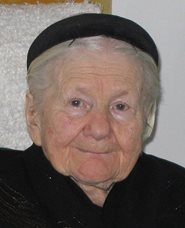 dlerowa (Krzyżanowska) was born in 1910 in Warsaw, Poland, to Stanislaw Krzyżanowska and Janina Karolina Grzybowska. Her grandfather led a rebellion against the czars. Her father—noted as one of the primary Polish socialists—died after contracting typhus when Irena was a young child. He worked as a doctor and primarily served impoverished individuals and families. Many sources say Irena drew a great deal of inspiration from her father’s selfless aspirations to help others in need. In fact, Sendler once wrote, “I was raised to believe that the question of religion, nation, belonging to any race is of no importance—it’s a human being that matters!” (Pikuci, 2020).

As a teenager, Irena attended the University of Warsaw, during which time she further developed her passion for the helping profession. Having been raised alongside many Jewish families, she expressed strong opinions about the economic and social inequality this population faced and was appalled at the poor conditions of ghettos. She joined variety of socialist and communist organizations, which ultimately shaped her views in a more radical way.

Irena married three times. Her first marriage to Mieczyslaw Sendler lasted for 13 years before they divorced in 1947. She then married a long-time friend, Stefan Zgrzembski, and had three children—daughter Janka and sons Adam and Andrzej (who unfortunately died during infancy). After Zgrzembski abandoned the family, Irena remarried her first husband. However, their second marriage did not last, and they divorced once again.

Irena became a social worker and a nurse. She was not known as one of the international leaders of social work. However, in recent years she has been widely acknowledged for her work assisting others by saving the lives of hundreds of children. Some reports suggesting almost 2,500 children.
...

In recent years, Sendler received the following awards and recognition: Order of the White Eagle (2003); Jan Karski Price (2003); Blessing by Pope John Paul II; Polonis Restitutna (Order of Poland Restored); Krzyz Komaniaiazda z Gwiazda Orderu Odrodzenia Polski (Commander with a star); Order of Smile (2007, given by Children), and Honorary citizenship of Israel (Wieler, 2008). She was nominated for the Nobel Peace Prize in 2007.

Among the most notable of her recognitions, in 2006 the International Federation of Social Workers awarded Irena Sendler the Most Distinguished Social Worker award. The award was accepted on her behalf by the president of the Association of Children of the Holocaust, Elzbieta Ficowska, one of the youngest children saved by Sendler and her colleagues. She read the following from a letter of acceptance (Wieler, 2008):

"I have dedicated my entire life to social work and to the survival of the most needed. With the acceptance of this award I need to let you know that without the help of many co-workers and other helpful people I would have not been able to accomplish as much as I did. The concrete action of a social worker requires professionalism, devotion, tenacity and much heart. Through helpful actions one feels much empathy and on the other hand much joy and satisfaction. (p. 838)"

Sendler had deep connections to social education and practice. She worked with Helena Radlinska—the founder and director of the first school of social work—by providing placements for her students. She knew Alice Salomon and other pioneers of social work in Europe and worldwide.  Irena’s selfless work, without thinking about the consequences, correlates nicely with the ethical principles of the NASW Code of Ethics. Her dedication to the dignity and worth of a person truly exemplifies the transformative nature of social work.

Life in a Jar: The Irena Sendler Project. (n.d.). https://irenasendler.org/facts-about-irena

The Irena Sendler Project: Life in a Jar: https://www.youtube.com/watch?v=zHod5WVDWEA