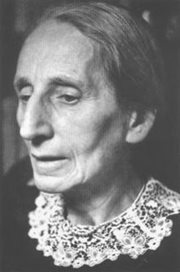 Dr. Alice Salomon—scholar, educator, international women’s activist, and peace advocate—is often referred to as "the mother of social work in Germany” and in North America as the “Jane Addams of Germany.”

Alice Salomon was born on April 19, 1872, and raised in an upper middle-class Jewish family in Berlin, Germany, that had settled there long ago under special provisions by the Prussian king. Being born shortly after 1871, when Jews in Germany were acknowledged for the first time as citizens with full rights, she became an exceptional representative of the so-called Jewish emancipation and seemed destined to live an extraordinary life that would affect the international development of social work. Jews and other minorities were later again discriminated against, persecuted, and silenced during the Nazi period in Germany. This spotlight will not only portray and summarize her life from an observer’s point of view but also—finally and again—will help us listen to her own words and voice. She wrote: 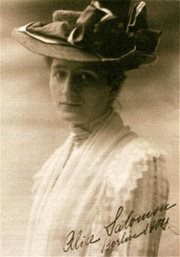 Even as a young child, I had hoped for a career. At five, before I went to school, I wanted to become a teacher, and I began to want to help others when I was twelve. Besides, all my life, as long as I can remember, I wanted to travel and see the world. (Salomon, 2004, p. 12).